You can read Part I here at TV Recappers Anonymous. Then settle in to explore the trials and tribulations of Bloodaholic Stefan Salvatore!

Stefan has a Dark Secret he’s been trying to keep from Elena. He’s off the wagon, and SHE’S the one that put him there. Ever since Elena fed Stefan HER blood, following his capture and torture at the hands of the Tomb Vamps, he’s been craving human blood. And not just the blood bags that Damon keeps in a cooler in the basement. Stefan wants the Real Deal.

He’s SUPPOSED to be acting as Elena’s escort, during the Miss Mystic Falls pageant. But when one of Elena’s competitors makes the fatal mistake of getting in Stefan’s way, the blood that rushes through HER veins might just be too much for The Ripper to resist . . .

I want to kill you. I want to rip into your skin and I want to feed on your blood. Under your skin, pulsating, and flowing, your carotid artery, right there. If you puncture this just right, you can control the blood flow. It takes practice but . . . it doesn’t have to make a mess. You don’t have to waste any.

Why this scene is a key moment in The Ripper Canon

Julie: Stefan has talked to Elena many times about the mind-altering effects blood drinking has on his personality. And yet, this is the first time in the series that we get to see it in full force. Sure, we knew something was up with Stefan, ever since the previous episode when he (Gasp) got drunk, and (OMG) was snippy with Elena, and (Oh No!) copped an attitude with Damon. But all that just made it seem like Stefan was having a Bad Day. It didn’t necessarily make him seem like a Bad Vampire.

Amy: Stefan was also “raising eyebrows” prior to this scene with his EXTREME upbeat mood which was his way of covering the fact that he was “off the wagon” to everyone. His true “addict” personality seemed to kick in and we saw that he was more than just “the good brother” and the honorable, honest one. He had a secret and he didn’t want anyone to know so he upped his “good brother”/good boyfriend behavior to such a degree – that it became clear that something was absolutely going on with him.

J: I think a lot of fans, us included, were shocked at just how far off the deep end Stefan actually went in this episode. While Stefan’s WORDS in this scene seem to come from a guy who’s tormented about harming humans, and feels guilty about doing so, his actions and body language are, for the most part, remorseless. Stefan ENJOYS taunting this innocent girl. He is EXCITED by the prospect of killing her. And he is not afraid of sharing with her every gory detail of how he plans to do it.

A: I absolutely agree. Stefan frightened me in this scene – almost more than Damon ever had in fact (up to that point.) And the reason was because Damon’s inhumanity, his cruelty, his enjoyment of hurting and killing – was always right there on the surface. He showed it, he had NO qualms about it. But Stefan we liked, we trusted – and when he turns from that car and faces his victim – that guy – the one we’d spent 18 previous episodes thinking we understood – that guy was GONE.

J: Paul Wesley owns this scene with the sadistic smile he gets on his face, when he says to his prey, “I want to kill you.” Again, we notice a difference between what Stefan is SAYING, and the way he is behaving. Stefan’s description of opening the carotid artery, in order to drain the victim’s blood, without wasting it, is almost clinical. You can see the sick pride Stefan takes in his “work” of eating humans, cleanly, “without making a mess.” No wonder Klaus was so impressed with his so-called “special talents!”

A: About this time in the season I was becoming very aware that Paul Wesley was a really great actor. I think with Ian it was obvious from the start because – for one thing he was better known so we had this performance to measure up against his others. Also because Damon is such a delicious character – fun, sexy, dangerous, dark. I would think that would be easier to play and be noticed than having to be Stefan and seem calm and kind and careful. Stefan is not a “showy” part – and to play him while coming across as compelling (heh) and not boring – would be pretty difficult I would imagine.

Except here – suddenly we see that Stefan is possibly darker, possibly more dangerous than Damon and it really is a revelatory moment that Paul played to the hilt. Between this scene and his confession to Elena in Blood Brothers I became a firm believer that he has the potential to be a future Johnny Depp: break-out of a “teen show” to become a serious movie star.

The victim’s laconic attitude, wide-eyed enchantment by Stefan, and disturbing lack of concern for her own well being is, largely, the result of Stefan’s continued compulsion of her. And yet, there does seem to be a small part of this girl, even under such a heavy trance, that is turned on by Stefan’s voice, titillated by his touch, and overwhelmed by anticipation over what he’s going to do next. So, are WE . . .

A: The proof of this is if you watch it without the sound – it looks like the prelude to a sexy love scene! The way he answers her, “do you want to hurt me?” with “I want to kill you” sends shivers down my spine – still! And I remember watching this the first time and thinking that there was no way he was actually going to do it – that they hadn’t spent nearly their entire season building up Stefan Salvatore, Good Guy to have him ACTUALLY bite this girl that he’s essentially kidnapped – WHILE he’s stood up his beloved Elena and left her in the hands of his devious brother. And when he DID IT I literally couldn’t believe it. It was one of those moments in a series where you realize “Damn – they are willing to GO THERE.”

And hell yes- this scene is SEXY. Period. Here’s a man – Ok – a creature – who has denied his essential desires for decades. For over a century. And in a short period of time everything he has worked so hard to control in himself and overcome – has come crashing to the ground – he has nothing to hold on to because he doesn’t want anyone to know how far he’s fallen. And now he’s rapidly losing control. Sneaking blood bags behind your brother and girlfriend’s back? Not good. Almost licking SluttyDonovanMom’s bleeding forehead at a crowded party? REALLY not good. Kidnapping an innocent girl and compelling her to stand still as you tell her in vivid detail how much you want to kill her? Line. Crossed.

girl as you said with the way he’s talking to her in a low voice and the gentle way he’s touching her. If you pause it right (around :48) their heads are even tilted towards one another as if they are going to kiss. He cups her face as he does Elena’s, and he’s breathing heavily as if he’s turned on. And when he does bite her – she doesn’t scream or wince or do any of the reactions we’ve seen others do at the pain of being bitten – no she closes her eyes and looks willing to submit to him.

If you watch the scene preceding this one – Stefan is unraveling in front of our eyes. He’s manic, nervous, an addict looking for a fix. Momentarily we recognize the character we know as he apologizes to Amber for, “not being very good to be around right now” but he’s panicking that Elena knows of his addiction and getting desperate, “she wasn’t supposed to find out, I didn’t want her to find out now everything is ruined.” His struggle gives way in an instant as he scorns her assessment that he’s sad with, “I’m not sad, I’m freaking hungry.”

You want Amber to run – I want Amber to run because Stefan is dangerously unpredictable – but we know she can’t because even though he’s losing his grip he’s not losing it ENOUGH to realize if he wasn’t compelling her, he’d have a much messier scene on his hands. And that’s scary – that’s premeditation – that’s a man who knows he’s about to do something awful and even though he doesn’t want to do it – he is still aware enough to make sure that he has created a situation in which he can do it. 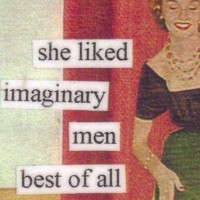