My British BFF Felicity went to see The Killers in London this weekend and made sure she got this video:

Because she knows how much I love Brandon Flowers covering songs by U2!!

And because she’s the World’s Most Awesome Candy Soulmate, she also sent me THIS for my birthday!! 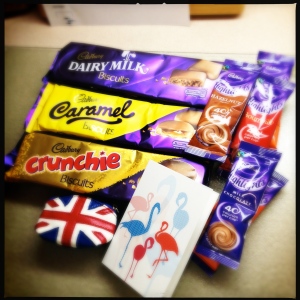 The Boys are BACK!!

The name reminds me of this:

And the lyrics remind me a bit of this:

So – are The Killers in their Bon Jovi phase? 😉 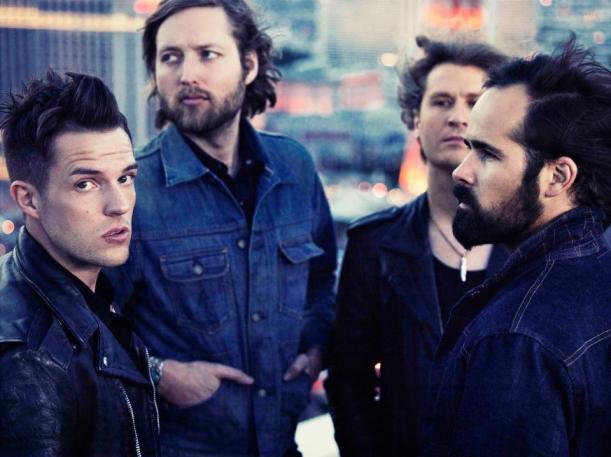 Oooh it looks like Brandon’s GQ Motherf*cker Jacket is back too! SWOON!

Hey remember Flowers Fridays? It’s been awhile but that’s because Brandon and the boys have been pretty quiet ever since the Christmas Video of Sexy Cowpokes.

But this week they released a trailer for their new album! Is this a thing now? Album trailers? Because it’s pretty damn cool:

Ooooh how dramatic and exciting and a bit cheesy! What are they burning? Evidence? Bodies? What’s with the kinda dorky but still awesome logo?:

All I know is that I am very excited for this new album and probably just as excited to see this pouty faced pretty boy back in denim and styling products: 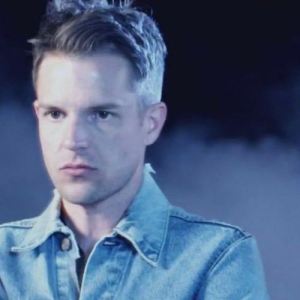 My friend Karen has a New Kids on the Block fanclub membership – and look what they send members for Valentine’s Day!:

What a brilliant idea!! I wonder if anyone else has ever had the idea of Crush Crafting band m&m’s before? 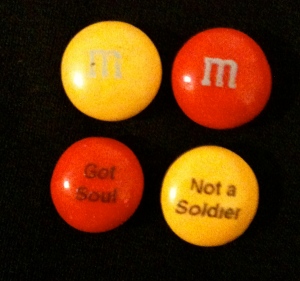 I watched Drive this weekend. I thought the opening sequence was brilliant but I didn’t love the rest of the movie. What I did love is how freakin’ HOT Ryan Gosling was in it! Leather Driving Gloves! Big Hot Sexy Watches! Form Fitting Dirty T-shirts! Satin Scorpion Jackets!:

In fact I may have gone a little crazy on Twitter about it:

Next up on the list: Ides of March and SUITS!

I know what you want, I'm gonna take you to a Midnight Show tonight...

Ronnie “Unstoppable” Vannucci had a birthday this week, so his bandmates posted this:

"Don't say we never did nuthin' for ya"

Apparently The Killers don’t live at Downton Abbey either! I wonder if Larry Mullen Jr. sees this and shivers at the thought bandmates lurking behind the kit!

You know me, I love the Boy Bands! This love extends to solo projects by Boy Band members. Which is why I was at Nick Carter’s solo show in Boston this week for his I’m Taking Off tour.

I was really happy to be at the concert because in the middle of this tour Nick lost his sister, and is currently dealing with family drama so no one would blame him at all for canceling everything to deal with his loss. But I so appreciate Nick doing what he does best – and getting on stage and performing which I’m sure is not only a distraction – but a valuable support to him from all the Fangirl love.

And he put on a damn fine show! Very energetic and fun – he’s got this wacky Spaceman/Rocketman theme going which means he comes out with an astronaut helmet on and his band are dressed in spacesuits! Oh, and there’s an alien roadie too, obviously 😉

He does some BSB songs and my faves from his first solo record (good god, how much do I LOVE THIS SONG??!) And he does some mash-ups of songs by other artists with his own. What other artists you ask…oh, just The Killers!!:

Yeah so that screech you hear between Somebody Told Me and Not the Other Guy – that is very likely me! The funniest part of this was all my friends with me know of my Killers love and they all just started looking at me and laughing (so were the girls in front of us who thought I was just a Crazy Person.)

Oh but that’s not all – he also threw in another little band I totally love LIKE U2!!!

Cue my mom and I jumping up and down like lunatics! A Backstreet Boy doing TK and U2 = A Very Happy Me 🙂 It was a great show and I’m so proud of Nick for giving us such an upbeat performance in the midst of a very difficult time for him personally (and did I mention New Kid Jonathan Knight showed up for support??)

Click here for some great photos from the show!

Remember the western Jill and I invented, Rattlesnakes and Romance? Looks like Brandon is totally on board with this concept!:

He’s takin’ aim at the neer do well varmint who done killed his lady love! Good thing he’s got RifleRonnie at his side to bring justice to the wild west:

So first there was this Cowboy shot from The Killers new Christmas song. Then THIS came out:

And whatever is going on in this video has sparked an entire TV pitch for a Western from Jill and I! Can’t you see it? Brandon as a card-playing gentleman (named Duke, obviously) who loses his lady love when she’s shot by a vengeful grifter from his poker table – called The Kid (of course.) And so he must go avenge her death with his pal RifleRonnie there. Each week they search out the Bad Guys in the Wild West and get tied to cactuses and have shoot-outs and ward off slutty saloon girls because they’re on a mission and they sleep under the stars with their horses until they find justice 😉

And when The Kid and his posse dare show their ugly faces in town again, why these boys have their guns at the ready for a shoot-out at sundown in the town square. Mark is totally the Sheriff who “turns the other cheek” when frontier justice is served and Dave runs the saloon in town where all the poker playin’ and shootin’ of lady loves goes down.

You can download the song here, and you should do it because it’s for Bono’s Red charity so it’s a good cause and because you wouldn’t want to disappoint Bono now, would you?

And here’s the video which is CLEARLY a pilot for Rattlesnakes and Romance! (“Coming this fall, to NBC!”)

The Killers are hard at work with a new Christmas single to add to their growing holiday repertoire. Apparently it’s called The Cowboy’s Christmas Ball and they’ve released this photo from it: 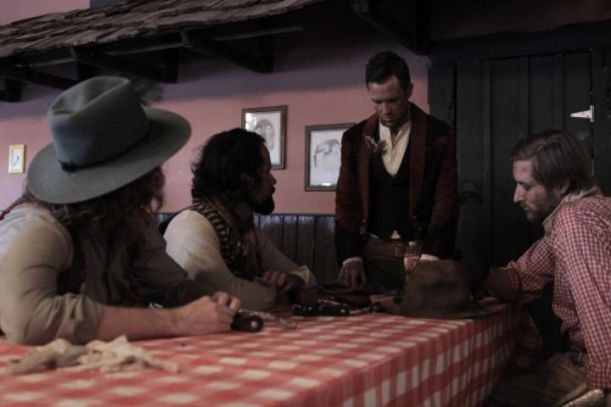 What are they?? Cowboys? Bandits? Outlaws? Lawmen? Scofflaws? Gunslingers?? All I know is that anything featuring Ronnie with a bandolier and Brandon with a holster has got to be good. I mean, who doesn’t love a sexy Cowboy/Bandit/Lawman??

And let’s congratulate Jill for coming up with the title of this post which we really need to make trend on Twitter: #SaveAHorseRideAKiller 😉